Copyright © 2017-2019 soundingcoastalchange.org Designed and Built by

George was senior academic advisor for the BBC/OU co-produced TV series Coast. Prior to taking up his post at the OU, George was formerly Head of Geography at Oxford Brookes University and Chair of the Landscape Research Group, a research charity dedicated to interdisciplinary landscape studies and publisher of the journal Landscape Research.

George is an active musician, specializing in Western Art Music of the 17th and 18th Centuries.

Lived modernism and environments: the New Town, the military airfield, the film archive, the scientific research establishment and the nature reserve

Gair makes artworks that explore lived Modernism and environments: the New Town, the military airfield, the film archive, the scientific research establishment and the nature reserve. Previous works have been featured at a wide variety of contexts, such as ISEA 2012, Kassel Documentary Film Festival, Rødasten Gothenburg, and Boerhaave Medical Museum Leiden. Funders have included Creative Scotland, The Wellcome Trust, English Heritage and the AHRC

His current research interests involve working with scientists, sonic artists and geographers, investigating a spectrum of contexts from eroding heritage coastlines to sites of newer technologies such as CERN and ITER. This range of projects explores their importance in the possibility of building a sense of social optimism and potential. To this end, he visited CERN in March 2017.

Gair works with photography and high-definition video and sound, combined in single screen and multiscreen screenings and installations.

George Revill has spent the last ten years trying to convince Johanna to deploy the knowledge and skills of her first profession – as a professional orchestra musician and conductor of youth ensembles in Tasmania, Australia – in a geography research project. Eventually she gave in, but not before undertaking postgraduate and postdoctoral research into moral economies of resource and environmental governance, public-private sector engagement and research involving expert insiders and elite groups.

In 2012, together with Dr Duika Burges Watson (Durham University), Johanna was recipient of the Royal Geographical Society (with IBG) Neville Shulman Challenge Award, for the research expedition Hugging the Coast: an exploration by sea kayak of liminal living in the Sangihe Archipelago, Sulawesi Utara, Indonesia. This project built upon Johanna’s experience as a wilderness educator and mountain expedition leader, having trained and certified with the National Outdoor Leadership School (NOLS, USA).

Johanna is Principal Timpanist with London’s Orchestra of the City.

LONA KOZIK is a composer and pianist. Born in Tucson, Arizona, she grew up in multiple locations in the United States and the United Kingdom. She studied piano performance and music theory at West Chester University in Pennsylvania, music composition at the University of Pennsylvania in Philadelphia, and improvisation and electronic music at Mills College in California. In 2003, she moved to Devon in the United Kingdom and quickly established herself as a musical presence. She taught piano and composition at Plymouth University, Exeter University and Dartington College of Arts. She founded the Totnes School of Piano and, most recently, started the Pianarama Festival.

Lona has written music for solo piano, duo piano and various ensembles, including the Ten Tors Orchestra led by Simon Ible. She has produced electronic pieces, sound installations and radio works that have been broadcast on Soundart Radio and across the Radia network. In 2009 her suite of piano etudes, Fast Jump, was issued on the Innova label by the American pianist, Danny Holt, and received favourable critical review. In 2015, she released an album of piano and percussion improvisations called Spelaeology with Chris Golinski on Edgetone Records. Her compositions have been played in the UK, Europe, the US and Canada. She is currently working as a sound artist for the project called Sounding Coastal Change with the Open University.

Sam’s mentors were Alfred Nieman, Cornelius Cardew, Ewan MacColl and Peggy Seeger. He studied at the Guildhall School of Music and Drama and Dartington College of Arts, where is now a part-time lecturer at Dartington. Sam also lectures at Plymouth University. As a folklorist Sam has spent a great deal of time in the Westcountry of England and his collection is now part of the British Library sound archive.

As a composer Sam has developed an approach to large scale musical designs for groups of varied abilities, examples being Kropotkin, Vox Populi, and About Time. Fish Music for live or filmed fish, strings and improvisers has been performed at the National Marine Aquarium and the Cardiff Millennium Centre. Sam also composes piano music. His music has been played in Canada, France, many parts of the UK and San Francisco, and broadcast on BBC Radio 3.

Building on over 20 years of broadcasting as a BBC radio producer, Richard continues to pursue his interest in audio through recordings of the natural environment as well as the spoken word through oral history. As a sound artist, Richard experiments with natural sounds and with found sound to create new soundscapes and audio installations. Richard also produces short films and blogsregularly. Richard's own Norfolk Sound Map is a collection of his field recordings, features and interviews exploring the diverse sounds of this East Anglian county and observing how they are changing. Examples include the dawn chorus at Ranworth Broad and the clock mechanism at City Hall in Norwich. You can hear the revving engines of a group of local scooter enthusiasts gathering on Magdalen Street for a charity ride, or chill to the sound of rain falling softly on the trees at Thetford Forest. Richard’s Norfolk Sound Map hosts more than 150 recordings, with more sounds added regularly.

Robert studied physical geography at King’s College London and is particularly interested in climate change, coastal geomorphology and natural hazards. Having grown up on the North Norfolk coast, in Sheringham, Robert has an extensive knowledge of the local area and is passionate about keeping up to date with current affairs in the region. He has held administrative posts in the education sector for the past 5 years, including at The Open University’s London regional office. Robert now works full time for FutureLearn as a Building Management Assistant.

Jan is a cultural geographer, who holds a PhD from the Open University, Milton Keynes, UK. He contributes to Sounding Coastal Change. His research interests are ethnography, ideas of play and work in post-industrial societies, urban green spaces, encounters, mobilities, and visual cultures and methods.

He is currently New Media Consultant on the Sounding Coastal Change Project. This involves promotion, communication, creative production and education. In addition, he is assisting with the facilitation of the project workshops.

He worked on the Open University Earth in Vision and Stories of Change projects providing pedagogical and technical support as well as digital media consultancy work.

His photographic work has won competitions and been exhibited in Geneva. He aims to challenge the construction of people as unhappy victims and place them actively within social and ecological contexts. He has worked in Public Health Management with Oxfam and MSF in several countries.

Justin O’Shaughnessy is an Independent Producer.

In education, Justin is Professor of Socially Engaged Practice at Guildhall School of Music & Drama and VL on City University’s Creative Cultural Industries BA (2009-18), following a BA from Bristol (Drama), an MA from CUCR (Sociology) at Goldsmiths.

People who use time wisely spend it on activities that advance their overall purpose in life. 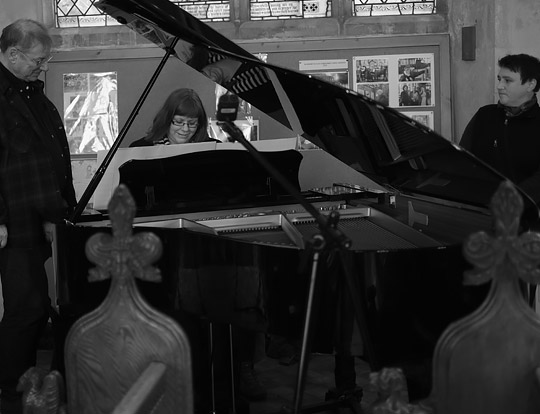 Sounding Coastal Change is a research project about social and environmental change in North Norfolk. The idea is to use sound, music and different kinds of listening, to explore the ways in which the coast is changing and how people's lives are changing with it.

The project home is Blakeney village and the research activities focus upon the village, Blakeney National Nature Reserve, and North Norfolk more generally.

Examples of sound works, music recordings, photography and film produced through the project are geotagged and uploaded to the sound map, to both document the project as well as showcase the creations of the people we collaborate with.

The project involves residents, school children and young people, local interest and community groups, institutional stakeholders and their representatives, and visitors to the area. The research team includes geographers, musician/composers and sound artists, and an art/documentary film-maker. The National Trust is the primary project partner. Other in-kind partners/collaborators/supporters include The Pilgrim Federation of Church of England Schools, St. Nicholas’ Church, Blakeney Parish Council, the Norfolk Wildlife Trust, Future Radio (Norwich) and the British Library Sound Archive. The project is funded by the UK’s Arts and Humanities Research Council (ARHC Grant Ref: AH/P000126/1 Listening to Climate Change: experiments with sonic democracy), The Open University and the University of Dundee.

Following a live broadcast as part of International Dawn Chorus Day (7 May 2017), the project launch takes place in the first week of July 2017, with school workshops, sound installations in local venues, and a live performance event at St. Nicholas’ Church, Blakeney (please see the events/activities page for more information). The creative highpoint is the spring and summer of 2018, when the project culminates in a series of workshops, radio broadcasts, live performances and interactive exhibitions. The project runs until March 2019, wrapping up with the publication of two free-to-download, media-rich e-books about the project, and deposits of our sonic and film work in various national archives.

Listen: make effort to hear something; hear a person speaking with attention. Hence, a good listener is one who habitually listens with interest or sympathy (COD, 1973) 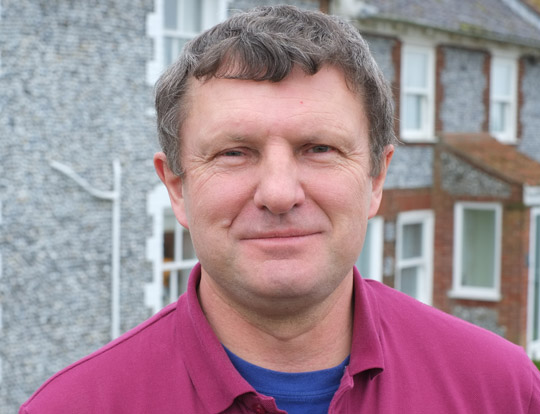 Working with sound artists in such a way that the image supports and extends the meaning of sound is an exciting challenge, the opposite of what I'm used to, and therefore a great metaphor for ways we can all begin to think differently. 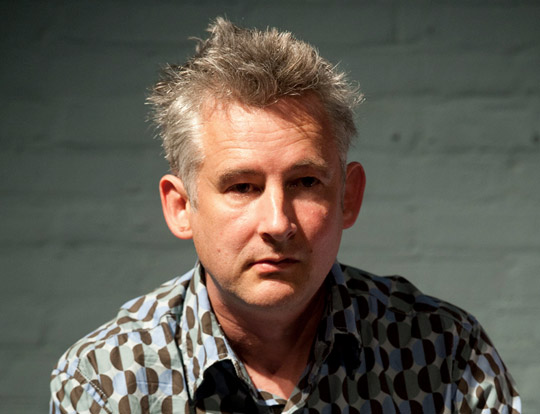 Lived modernism and environments: the New Town, the military airfield, the film archive, the scientific research establishment and the nature reserve 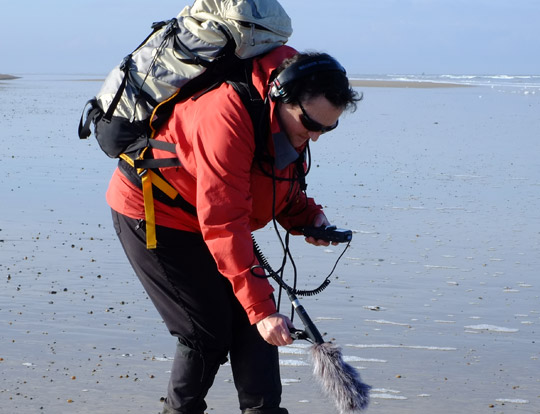 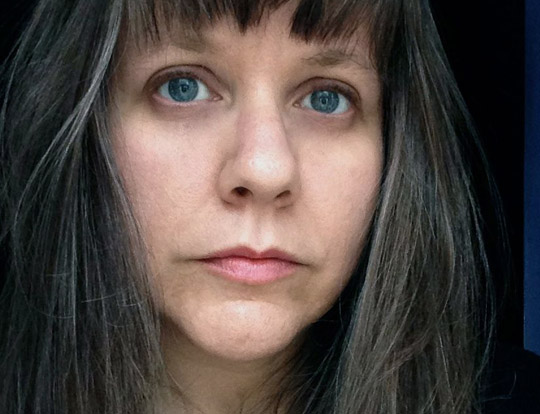 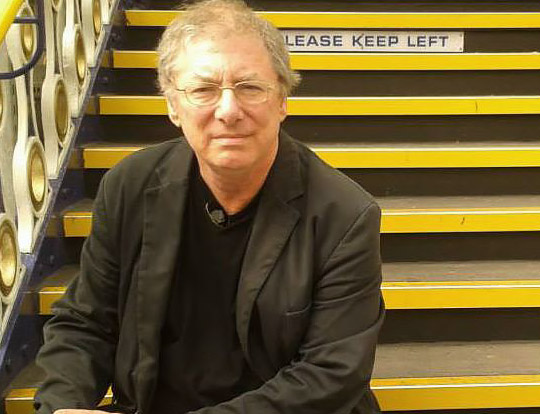 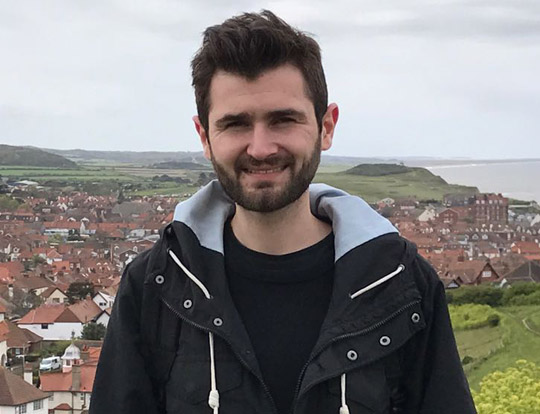 Geographer, hails from the Norfolk coast The Professional Advisory Group (PAG) meets at regular intervals during the project and is constituted by a mix of experienced academics and professionals in related fields. They act as a sounding board for the research team, to collectively discuss ideas, suggest solutions to problems and provide guidance about a wide range of intellectual and practical aspects of the project. Their contribution of time and expertise is voluntary and greatly appreciated by the research team.

APVC for Research and Impact in the Faculty of Humanities and Social Sciences, Professor of Environmental History, University of Liverpool

Professor of Environment and Society, Faculty of Arts and Social Sciences, Open University

Other collaborators and supporters 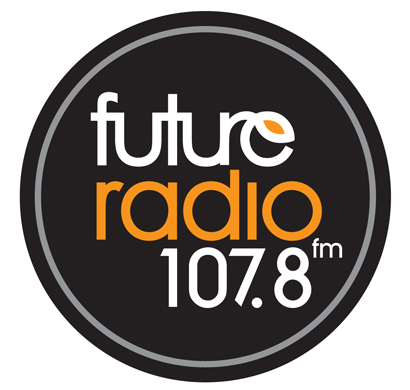 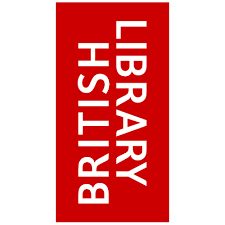 This paper examines some of the ways scholars in musicology, social science and the humanities have understood the relationships between music, sound and landscape. It concludes that sonic composition and attentive listening might now be thought of as making its own positive contributions to revised conceptions of landscape as practice and event.

Go back to top